Decoding cats, one step at a time

We’re digging into data to learn more about how a cat’s genetics contribute to their health and disease risk. 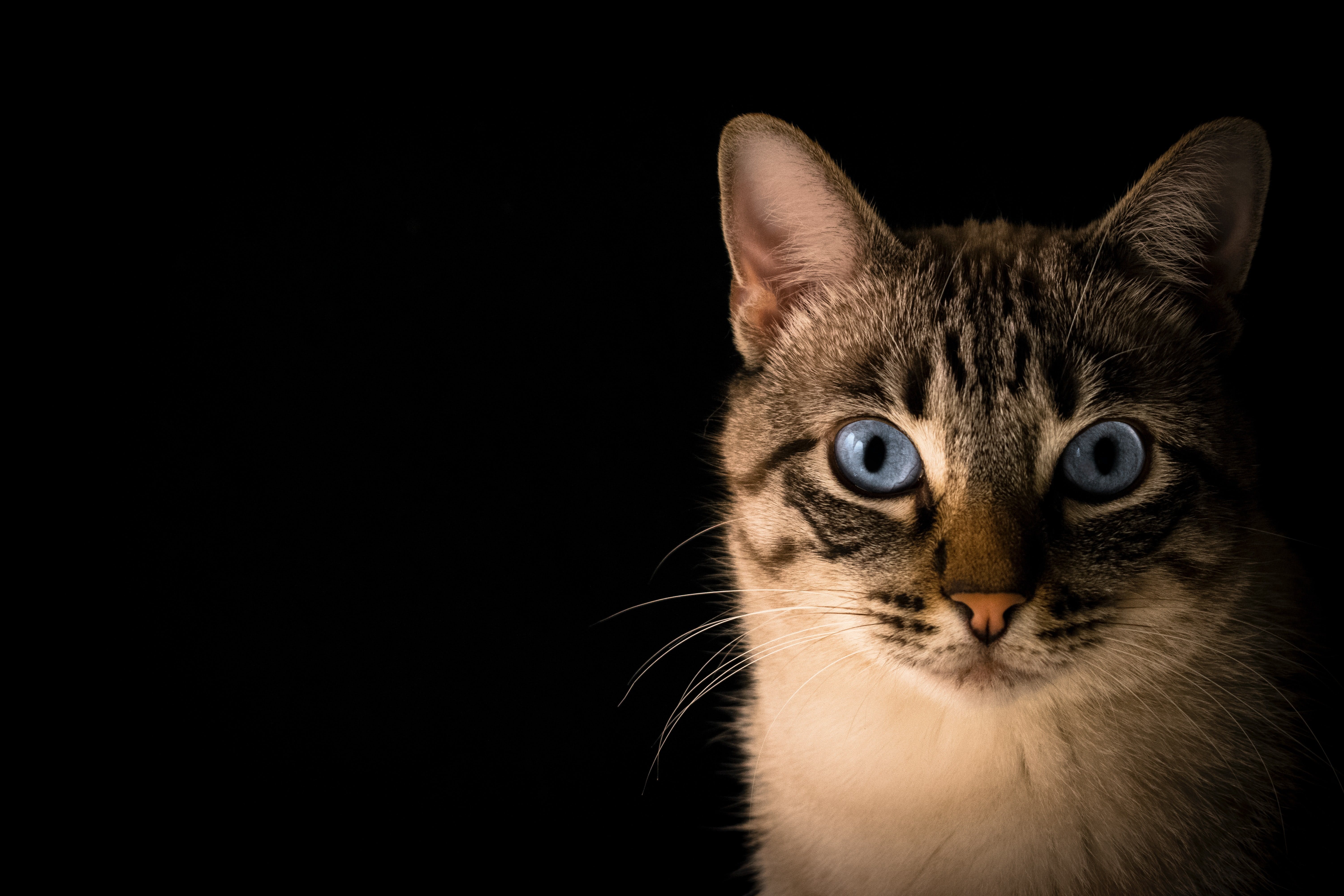 Scientists at Wisdom Panel™ have been working hard to make cats a little less mysterious.

Our team of researchers conducted the largest DNA-based study of domestic cats to date with one goal in mind: to improve the understanding of feline genetic epidemiology. Why is that important? Because genetic epidemiology sheds light on how genetic factors may contribute to health and disease in various cat populations. And the more we know, the more proactive and personalized pet parents and veterinarians can be when caring for our feline friends.

An overview of the research

In this study, the largest genetic screening of cat DNA ever, the team analyzed data from more than 11,000 owner-submitted cat samples tested on our comprehensive microarray-based panel. While over 600 of the cats were random-bred and mixed-breed cats, the majority of cats analyzed were pedigreed cats representing 90 breeds and breed types (varieties of the breed). To date, this is the most comprehensive dive into the distribution and frequency of known genetic disorders, blood type, and physical traits across the types of domestic cat populations.

The study provides first-time frequency information for several genetic variants that were previously only observed in a few cats. It also gives updates on previously reported information—including evidence suggesting that DNA testing has effectively helped reduce disease-associated genetic variants within certain pedigrees over time. Additionally, our team uncovered thirteen disease-associated variants within 47 breeds that were not previously documented and found three variants only in random-bred kitties.

To correlate the data with potential health impacts, Wisdom Panel’s team of veterinarians and geneticists conducted pet parent interviews and reviewed clinical records of those cats genetically at risk for a disease condition. This allowed our science team to investigate the clinical impact of nine disease-associated variants in cats of different breed backgrounds. The study also included a genetic assessment for the prevalence of the different feline blood types, as well as a measure of genetic diversity within breeds. And, last but certainly not least, the team uncovered fascinating insights into the inheritance of physical trait variants.

In short, this study represents an in-depth genetic evaluation of 87 known feline disease and trait variants, and genetic diversity within and between cat breeds. The results provide a peek into feline variant heritage across cat breeds and highlight the importance of large-scale population screening studies in improving veterinary diagnostics, breeding programs, and health recommendations for all cats.

A closer look at the impact of genetics on cat health

While disease-associated variants were observed in breeds with a previously documented occurrence, thirteen variants were also found in breeds in which the variants had not previously been reported. Therefore, the science team extensively reviewed the breed information for each new breed finding. Within these additional breeds, individuals that were genetically affected (having one copy of a dominant variant or two copies of a recessive variant) underwent a clinical follow-up. The team also connected with individuals that had rare genetic variants that had been very limitedly observed in the past to enhance the understanding of these variants’ potential causal role for a disease.

Next, the study looked at genetic markers associated with feline blood types, which follow an AB system somewhat similar to human blood groups. The major feline blood groups include blood type A, type B, and a rare type AB. It’s worth noting that blood type A is dominant (regarding its inheritance pattern) and the most common blood type group in general, but the distributions of different blood types vary greatly between breeds and geographies.

Findings showed blood type B to be present in the vast majority of the breeds and most common in the American Curl, Cornish Rex and Devon Rex. Ragdolls, where all three blood types can be observed, were found to have the most variation in genetic markers contributing to the different blood types. The rare blood type AB was also observed in European Shorthair, RagaMuffin and Scottish Fold.

You might be wondering why blood type matters. Knowing blood type is important in cats due to their natural antibodies against the other blood types. Breeders use this knowledge to avoid potentially fatal reactions between certain mother-kitten pairs (known as neonatal isoerythrolysis) and veterinarians use it in cats who need blood transfusions.

The study then breaks down the frequency of several disease-associated variants across different cat breeds. For instance, Factor XII Deficiency is a widely distributed, heritable condition in the domestic cat population. It’s associated with two common genetic variants, with the more frequently reported variant observed in 7% of all domestic cats. Clinically, Factor XII Deficiency is a blood clotting disorder that, thankfully, is often asymptomatic but can be identified on certain pre-surgical coagulation panels.

Other widespread disease-associated variants include Pyruvate Kinase Deficiency, which causes an inherited anemia, and late on-set Progressive Retinal Atrophy, which causes blindness in adult cats. Notably, this study identified Feline MDR1 Medication Sensitivity to be present in several cat breeds including Balinese, Maine Coon, Siamese and Turkish Angora, in addition to its presence in the American Domestic population. Much like MDR1-positive dogs, it’s recommended to use precaution when administering certain medications to cats with the MDR1 variant in order to avoid adverse reactions.

Due to the historic prevalence of PKD in the Persian cat population—approximately 40% worldwide—breeders introduced genetic testing into their breeding programs. The results of this study indicate that the overall frequency of the PKD variant has decreased from what was previously reported in the Persian and related breeds, most notably among the actively DNA-testing cat breeding community. In other words, genetic testing is having the desired impact in reducing the prevalence of PKD. The study also supports the importance of genetic screening in cats with unknown genetic backgrounds, such as newly developing breeds like the Highlander.

Next, the study demonstrates the distribution and frequency of various physical trait variants, as well as different breed and population diversity scoring. And, similar to observing health-related variants in different breeds, the majority of physical traits across cat breeds can be explained by widely distributed genetic variants. A variant of the ASIP gene that is associated with solid color and the variant of the TYR gene associated with blue eyes and colorpoints (discovered in Siamese cats) were the most common.

The tested trait-associated variants were found to cause changes in physical appearance. However, the panel genetic screening also revealed that some of the physical traits–such as boldness in the Donskoy or Peterbald and taillessness in some American Bobtails and Highlanders–could not be explained with the tested variants for hairlessness and short tail.

In all, the study demonstrates the clinical utility—meaning the usefulness in veterinary settings—and importance of genetic panel testing in supporting breeding programs and the general cat community. As more cats are genetically tested, we will learn more about variant heritage in the broader domestic cat population–beyond just breeds. Genetic testing, regardless of the breed or population background, helps raise awareness of various inherited single gene conditions in cats and provides information that pet parents can share with their veterinarians. Over time, this type of research will enable the genetics of common complex feline diseases to be deciphered, paving the way for personalized precision healthcare with the potential to improve the welfare of all cats.

MDR1 medication sensitivity in cats: What, why, and how to manage it

The MDR1 gene mutation causes adverse reactions to commonly used medications. Find out if your cat has it before they undergo routine veterinary procedures.

Is it true that mutts are generally healthier than single-breed pups? Maybe. And body size may play a major role. It all depends on a pup’s genetics.

10 ways to keep your cat active (and healthy)

There's a big problem when it comes to cat health, according to a recent study. Managing food is an important part, but so is exercise. And there are plenty of fun ways you can help your cat stay active.